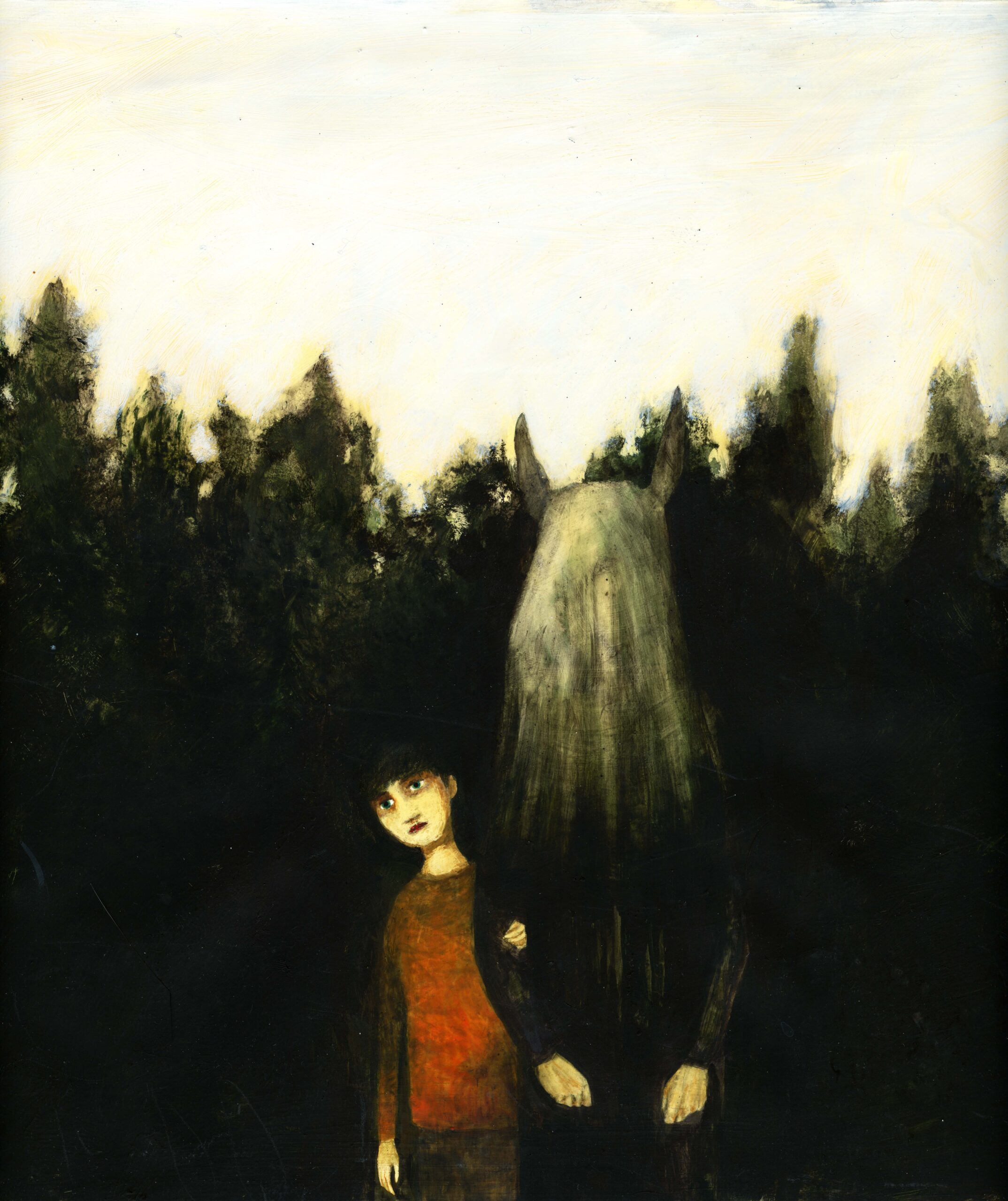 Stato di natura (State of nature) refers to the conditions in which men lived before the beginning of civilization, and to raw material  not previously processed by men.

In a time where even “civilization” shows its most violent aspects, a group of young artists from the cultural association ALMA exhibits the result of their own reflection on the theme of nature.

These are intimate and original images, dreamlike and mysterious, where even reality and tragedy are transfigured by the interpretation and the sensitive filter of the human being.

«In spite of everything, and luckily for us, there exists an art that knows how to listen to its childhood age and to everyone, which knows how to adhere to its anxieties and to its motions of openness and hope.  It also  knows how to interpret them and transform them into images and visions. The sympathy and warmth that the drawings of the “School of Urbino” communicate are a reason for trusting that not everything is black in our present and, consequently, perhaps, in our future» (Goffredo Fofi).

The Urbino Book School as the National Film Board of Canada, or the Zagreb Film? Or, to go further, like the Athens of Pericles or the Florence of the Magnifico Lorenzo?

If we change what needs to be changed and dare to compare what is great with what is greatest, certainly yes. It is a group of artists, who follow and develop a common direction of thought, or a working method oriented according to the same presuppositions, and whose production is therefore homogeneous. In an institution not institutionally suited to animated drawing, but living in the city of Raffaello Sanzio, it happened that a generation of pencil and brush painters (born in the 1960s and 1970s) had sensations, culture and imaginations compatible with each other, and had gave life to the only exquisitely Italian contribution in the history of animation: that Neopittorica Current that the historical climate has made flourish and enrich, both on the spot and also outside the Marche Region. The school (of the book) and the school (neo-painterly) did not have sponsors, thinkers, posters. Everything has been taught, learned, created, projected, awarded in festivals around the globe by the authors themselves and by those who supported them. Meanwhile, political and economic power kept their backs turned. But after all, hasn’t it always been like this? ” (Giannalberto Bendazzi).

ALMA was born on 21 March 2020 conceived and strongly desired by Magda Guidi, Elisa Mossa, Stefano Franceschetti, Simone Massi and Sandro Pascucci. The association aims to network with the community of animators and designers of the region, bringing together recognized artists and young authors with already prestigious professional experiences.

ALMA is a laboratory open to all those who see in the art of animation a possibility of poetic expression, social communication and cultural growth. ALMA wishes to intensify the presence of its designers beyond its borders and at the same time attract the most advanced international energies in the fields of animation cinema, comics and illustration to its territory .ALMA organizes workshops, laboratories, masterclasses based on training and education in drawing in motion. Events with screenings of award-winning works in the most important festivals in the world and meetings with authors, exhibitions of animated drawings and publications characterize the activities of the association.

Among the sponsors of ALMA there  are prestigious institutions such as: ASIFA Italia SNGCI / NASTRI D ARGENTO, 100 AUTORI.