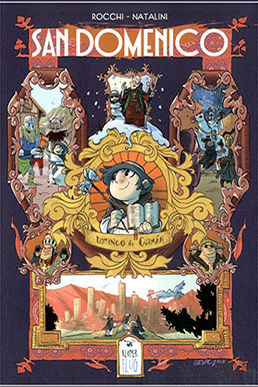 The religious subject can only be hinted at, its presence is sometimes allowed, but more rarely explicitly recognized. Some comic stories have embarked on the thrilling journey into the realm of faith since the beginning of time. In Italy, we have a long, though often unrecognized, tradition of leading comic magazines closely linked to the religious world and ecclesiastical structures and associations. Magazines and characters, authors and stories can speak to both the religious and the non-denominational world with equal force, on major issues and according to comic book language standards. In all these years. This award can help and provide greater visibility to a vital topic and can be a stimulus to the Catholic and non-denominational publishing trade and a possibility for many: authors and publishers, fans and newbies, believers and sympathizers, and all those interested in both spiritual research. than to comics.

On this basis, we have established the Faith in Strips – Christian Comics award, the only one of its kind in Italy. This award will be awarded to the Italian production, published in the last 2 years, which has better conveyed religious values ​​through the approach of comics. The jury is made up of critics and reviewers, journalists, professionals working in the world of comics, authors …

This award will aim to improve the exchange and circulation of works often condemned to oblivion and rejection. The award is a step in the direction of a more open and free attitude towards literature in drawings. A sincere “thank you” to the Ramberti family, who support this award, and in particular to Alessandro, owner of Fara Editore.

If you disable this cookie, we will not be able to save your preferences. This means that every time you visit this website you will need to enable or disable cookies again.