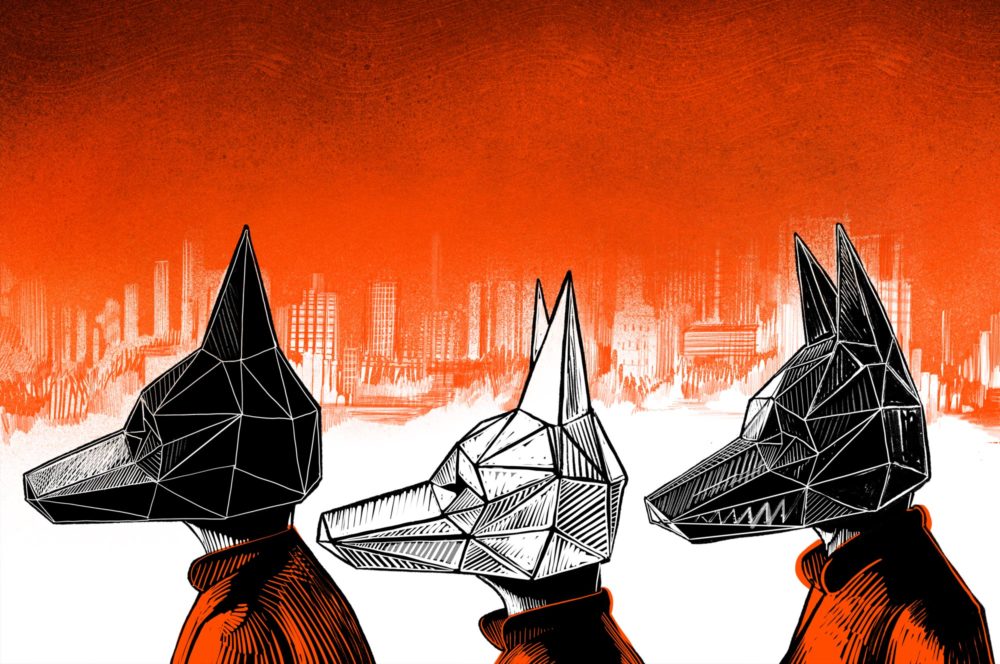 The daring adventures of a very unfair canine gang. Live set and animation.

It’s late at night in a maximum security prison, something is about to happen.

Three Dobermans in orange overalls three scoundrels three cursed scoundrels who are serving a life sentence in a filthy cell finally manage to escape and disappear into the dark. They leave behind the deafening sound of sirens and the enraged screams of the police who try in every way to hunt them down.

Their only reason for living, the obsession that has haunted them for years, is to find the Panda, the key witness of their capture of the “filthy infamous” who betrayed them ruining their existence.

Against the background of the story the gray buildings and the underground atmospheres of an infamous city where the three scoundrels animated by an insatiable thirst for revenge will devise plans between the brilliant and the hilarious to settle accounts with what at least apparently seems to be a harmless and tender animal … All thanks to improbable stratagems and insurmountable obstacles and a truly unexpected ending. The performance combines live music illustration and animations.

The protagonists are three convicts on the run wearing masks in the form of Dobermans.

Massimiliano composes and “assembles” electronic music Federico and Giacomo draw live illustrations on these notes. A camera placed above them captures the creations and a projector plays them on screen as they compose. These drawings will be the visual material of the story embellished and expanded by numerous animations (previously created with various digital techniques) to tell us about “the rogues” of this very incorrect dog gang.

The live set experiments with the possibilities offered by the mixture of traditional techniques and digital technologies: it combines live drawing and animation with wooden blocks and chrome key chalks and iPads. Everything is shaken by a video mixer that superimposes on the drawings created live the fluidity of original animated videos marking the progress of the story divided into five chapters. Digital animation, stop motion, video games, vintage cartoons merge and contaminate to tell the adventures of the Rogues in different but (almost) always ironic keys.

Le Canaglie was born in 2013 in Mantua within the theater company Carrozzeria Orfeo from the meeting between Massimiliano Setti (director, actor and composer), Federico Bassi and Giacomo Trivellini (illustrators who deal with the realization of the posters for the Company). They realize a first performance entitled Nontazzardare that allows the collective to circuit thanks to its transversality within local festivals, theaters and events creating over 100 replicas. In 2019 with the production support of Carrozzeria Orfeo they debut with Dog Days within the Festival FattiCult.